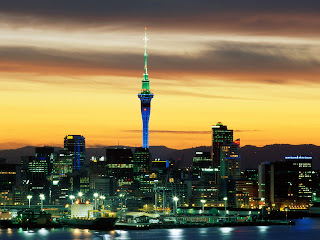 It was a big few days. Result; 10,000L of packaged beer all tasting sensational and our first substantial export order to Australia.
We’ve talked about the “why’s” of doing some of our brewing at Steam. Watching the bottling machine fire through pallets and pallets of our beer was a sight to behold – and cemented in our minds that we’re doing the right thing. Thanks to the Team at Steam. Also, we’ve come back down and we’re brewing more beer here today! More beer!

So, we started off with a late trip on Monday, punctuated with a dose of dumplings on Dominion Rd. We could love Auckland for Dominion Rd Dumplings in their own right. Nigel’s a bit of a conservative orderer but still can handle the “hot and spicy pork miscellaneous”-type dishes that I order. Is there a more scary expression in Asian cuisine than “miscellaneous”? At least it was prefaced with “pork”! [Editors (Nigel's) comment: To be fair that conservative orderer did discover the SENSATIONAL Pork and Cashew dumplings that have become the standard by which all others are measured!] The evening wound down with a growler of Galbraith's Bitter & Twisted. Nice!

Tuesday was a leisurely 8.30am start at Steam. What a sight! The newly branded Croucher Brewing boxes as far as the eye could see and the reassuring clink of bottles being taken off the pallet. Got to love the concept of 'staff'! Shane, the brewer, appreciated the significance of the moment and took the first bottle off the bottling line for us to take as a memento. Tell you what, its going straight to the pool room, Darl! He also grabbed a still cold bottle and so we Christened the brew and the day with a Pilsner at 9am. We had a minor drama when realising there had been a communication breakdown – and were helped out of a jam by Jono at a labeling company called Adhesif – a company we had never dealt with before – who turned some printing around in half an hour. We were very impressed. The Pilsner was kegged and bottled by mid afternoon. Home for some serious email time, dinner and then a late night jaunt to the Wine Cellar on K-Rd for a quiet beer and cider.

Wednesday was an even more leisurely start with bottling of the ale held up due to a soft-drink packaging run holding up proceedings. Priorities boys! But before we knew it there was another 5,000L of our product , this time our Pale Ale, all carefully packaged and ready for dispatch.

We picked up Hugh, our lame Auckland distributor. He’s lame in the literal sense after not heeding warnings to wear safety gear while snow-boarding. Libellous Luke also arrived and we sat down for a beer or five while Nigel started preparing pallet orders for dispatch. Now that’s what I call division of labour!

So for the beer geeks out there, we started with Epic Portamarillo – a sensational Smoked Tamarillo Porter which had magic balance. The tamarillo took a while before I recognised it but once my palate adjusted, I got this lovely clean fresh fruit in the front palate with the smoke lingering and holding on. YUM! We moved on to Epic Armageddon and what can I say; this is consistently one of my favourite beers. Another Yum for good measure but I did have to refill my glass JUST to be sure.

Before any of you are tempted to call CYPFS or the SPCA for my treatment of Nigel through this, I should add that he did do a surgical strike on the tastings and wasn’t even close to falling for my practical joke that the beer had run out.

This was good palate priming for tasting our beers. Palate cleansing isn’t quite the right word as our mouths had just been assaulted with hops. To exaggerate this effect, Hugh primed us with his latest brew – Bass Player, an American IPA screaming with Amarillo. Very nice!

So on to the tasting of Steam Brewed Croucher beers. We started with the Croucher Pale Ale. It was delicious! In Luke words – “Dude, thats so hoppy. Its hoppier than Epic Pale Ale” (Luke, can I quote you on that?). By now, the Pilsner was cold and ready for its Christening (Ok – it was Christened the day before, the night before and earlier that morning but you can never be too sure). Despite an element of bottle shock (which settles out after a few days), the Pilsner was sensational! As a great man once said, Pilsner =Yum2. Exactly as the doctor ordered! Croucher Brewing purists will be very happy with the job done by Steam on our beers.

Somehow it was now 3pm and Nigel was only half way through getting the pallets together (what was he doing all that time?) when the Steam guys were ready to go home. We couldn’t really leave the pallets in that state so there was nothing for it but for me to help. Hugh was no good, he was lame and Luke, well he suddenly realised he was busy and scarpered. Well, I haven’t had a sweat on me like that for some time. In any case, pallets were quickly put together and labelled, including a substantial order to Australia.

Job done, we loaded the car with kegs and cartons to deliver around and about and managed to wedge lame Hugh in between 5 kegs and 20 cases beers. He couldn’t have been happier if he was wedged between two supermodels. It was like a Lynx ad for beer geeks. Then off to one of last bastions of the true pint, the Wine Cellar on K’Rd to deliver their favorite Pale Ale.

Our final beer delivery was to Galbraith’s Shrine of Great Beer to make sure they got their Rotorua-brewed Croucher Patriot, American Black Ale. We settled in with Dave and Ian (bar manager and brewer) for a few of the house beers. Bellringers Best Bitter was our pick of the night. A lovely malty, hoppy best bitter. Galbraith’s are the masters of understated balance. Too many beers boast about subtlety but let’s face it, most of them are just bland. They’re like “Oooh, we’re so subtle we left out the malt AND the hops”. Galbraith’s beers have rich layers of complexity with rare malts and hops that they’ve sourced themselves. The best of the best brewed brilliantly. It is an essential place to visit in Auckland, and if you get the chance to meet Dave and Ian, you won't find two nicer blokes [Keith's alright too].

I have to say I got a bit cheeky that night. Ex All-Black Alan Whetton was there drinking Peroni. Peroni at Galbraith’s! Sacrilege! Thankfully, his friend was drinking Sierra Nevada and was busy trying to convince him of the virtues of better beer. I couldn’t help myself so I introduced myself and told him (in a very polite way) that he had to learn off his mate about drinking beer. To his credit he leapt up and bought one. I didn’t hang around to see if he liked it. I’m not a groupie! Three thumbs up to Mr Whetton for being such a good sport.

Suitably lubricated, we ended the evening, and the Auckland Odyssey, with Dumplings on Dominion Rd. Ahhh, the symmetry.
Posted by Team Croucher at 10:56 AM