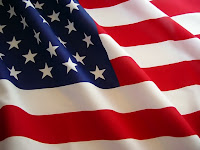 The latest seasonal beer from Croucher Brewing has been shipped.
Croucher PATRIOT is an American Black Ale. Paul succinctly captured its essence, "it is BLACK and it is HOPPY!" Another outstanding literary contribution from Dr Croucher.
This is our first (okay Kieran, it is actually - technically - our second) beer brewed with US grown hops (Amarillo and Simcoe, for you hop boffins), and we have been 'well excited' about brewing it, sampling it, and now (begrudgingly) sharing it.
While PATRIOT is a beautiful black colour, it doesn't have the dark roasty toasty flavours we generally associate with dark beers, so it kind of messes with your brain. It weighs in at a healthy, but not overpowering, 5.5% alc/vol.

You can catch this patriotic drop soon at Galbraith's in Auckland, House in Hamilton, as well as Hashigo Zake and Regional Wines & Spirits in Wellington. And if you are invited, it will be on tap at some dude's* wedding in November. We are hopeful of getting a keg on in Rotorua too - TBA.

As the South will surely rise again, a shipment of kegs has gone to the Southern Isle to our good friend Craig at Beer NZ. A list of southern outlets will hopefully appear shortly.

Please head out and track down a glass of PATRIOT, we think you'll enjoy it.
Cheers,
Nigel & Paul


* Apologies, David, that looks a bit disrespectful - it isn't meant to be, it just sounded hipper to say 'some dude'.**

** Apologies to Mr Neil Miller, the creator of the *'d footnote - I admit to plagiarism of 'Ihimaera proportions'. This blog will NOT be reprinted.
Posted by Team Croucher at 6:41 PM