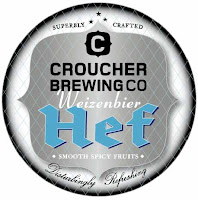 Brew Day
It is another brew day here in the brewery, as I'm writing this update the sweet aroma of grain and water is wafting enticingly into the office. Today we are brewing The Hef, our German-styled wheat beer. Brew day is a long day and we got off to a late start!

Vicar's Vice 2010
Paul has been brewing up a storm recently, as we look to recover from summer and get ahead of the game. The 2010 Vicar's Vice is conditioning at the moment, and is due to be released in a few weeks. A list of tap outlets will be released closer to the time.We can confirm that there will be 3 kegs of Vicar's Vice heading to Melbourne for a Kiwi craft beer expose in late May. Paul will be accompanying the beer to run tastings and generally talk it up to the Aussies.

We are very pleased where each of our beers are at, but we aren't resting on our laurels. We are set to brew our next seasonal release, which we are VERY excited about. But lets wait until it is in the can before we go making any bold statements talking it up.

We had a visit recently to the brewery from three West Coasters (USA) on a jaunt around New Zealand. And shock horror they were all women!! And they love craft beer. We had an awesome time sampling our beers, and then they returned the favour by sharing a couple of Pliny The Elder's and a Jolly Pumpkin 'Maracaibo Especial' (a sour special brown ale). Both are wonderful beers!!

Tiila writes a blog and seems to be very active in the San Fran beer community encouraging other women to join try craft beer. Here is her post on her visit to Croucher Brewing.
Posted by Team Croucher at 6:31 PM